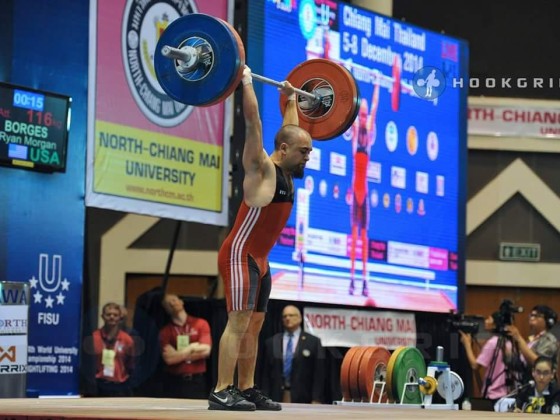 Hey guys this is Ryan Borges 62kg Weightlifter that will be coaching at CrossFit Lena for the summer. Ryan will be holding a Weightlifting Seminar this saturday from 10:00am-12:00ish pm so OPEN GYM will be closed but 9am class will still resume. He’ll be going over the Snatch for the first hour or so, working technique and bar path, then will go on to Clean and Jerk. Available spots are very limited 12 People only, if you are interested the sign in sheet is above the dumbbells. The price is going to be $40 for members and $50 for non-members. If you are interested or know someone who is let us know ASAP. Great job today and see you all the BOX!

Some of Ryan Borges Competition Achievements!!!